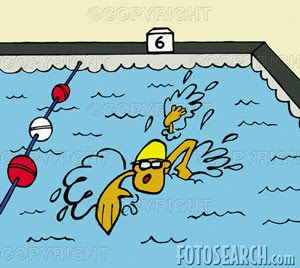 Yesterday on my lunch break, I went to the Y for a few laps in the pool. I went there just to get in 30 minutes of aerobic swimming. Goals now, are just consistent exercising, since I took so much time off. Goal for the swim was slow, steady for the full 30min - no stopping. I felt off in the pool. My technique just isn't there yet, but about 750yds into it, I felt like I was actually being more efficient. Don't know if it was that, or that I had gotten used to swimming wrong for the first 750. Who knows? I think I could have kept going but the clock prevented me from not. Needed to get back to work.

I'm trying to decide on my races next year. David, Jason, Chris (G-Man), a friend, Erik and I had lunch today at our favorite Thai restaurant. Through all the conversation of running, cycling, swimming, triathlons, races (Chris just got 6th overall at World Duathlon Championship), Chris asked me what I was looking at doing next year, so the wheels in my head started turning and I realized I need to narrow it down, and do it smartly. No crazy ideas of completing a Marathon again to throw me off. I'm not ready for that and I know it. I would like to do a 5K soon, but just haven't been training for the short/fast races at all, and I know if I did one like this Saturday's race, I'd be extremely disappointed in myself. But, again - I would deserve a slower 5K time. So, there's a local 5K in Dec and one in Jan, and I'll decide soon which one I want to do. David is probably going to be doing the 20K in Dec (same venue as the 5K). That's for the short races.

In Jan/Feb there's a few Half Marathons I'm looking at. Feb's Myrtle Beach Half is a definite, as I'd like to PR that course from this year. March starts triathlon season with the Paris Island Triathlon, and I'm really interested in it.

So, the brain is in overdrive right now when it comes to plans and I realize I need to get on one soon.

That's pretty cool that you went for a thirty minute swim straight after being out of practice for a bit. Good for you!!! Have fun planning for next year (and the rest of this one). We are gonna have a blast!

P.S. I will look for you guys at Langley Pond, if Dee Dee doesn't make me switch to some place warmer ;-)

WOOHOO!! You are so awesome to swim that much! Sweet!

I know a great half in January (David didn't convince you yet, huh?)

There's lots to choose from; good thing the choosing is fun!

I've always admired people who can fit a workout in during lunch...

RnR in January! Just think how completely AWESOME that would be!!!

I wish I could get in and just swim for 30 minutes. Maybe it would help if I could just get in period first, huh? :P