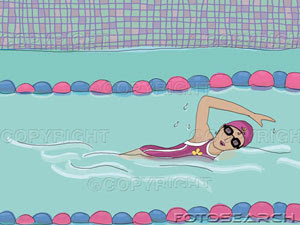 My friend, Robin is insisting on an update, so I guess I'll deliver.. :-)

A somewhat relaxed weekend, I got in a 4 mile run right after work on friday, which included a 1/2 mile loop with a hill. I did that loop 4 times, so I would consider this run on the "Finally, a good run" scale!! Yippeee... for me. I did it in around a 9:30 pace, don't know for sure what it was, but considering I haven't been working on pace at all in a while, I'm very happy with it. And, it felt wonderful too! Afterwards, our family enjoyed a baseball game downtown.

Yesterday, we drove to Clemson, SC after Church so that David could meet up with other triathletes to practice swimming in the lake for this weekend's upcoming ever-so popular triathlon, Clemson tri. Grace and I hung out on the lake-beach while they practiced. When we left there, I had a small headache, I assume now based on dehydration, that only developed into a larger headache. We got home, David went out for a brick, while I was planning on going out for a long run after he got home - which didn't happen because of the headache. Oh well. Yes, I was a slacker - No excuses.

BUT - Today, I went to the pool at lunch - which BTW, the boiler on the pool broke about a week ago. So that's why it was cold last week and got colder by my lunch swim on wed, then again - colder on thurs swim lessons. Of course, it's just getting colder - so today they said it was 79 degrees. Felt worse... By wed, I'm sure it'll be down more, but I'll be there.

Today I practiced some of the technique I learned from my swim lesson thursday, about breathing and kicking. Apparently, (and it makes sense) that I've been kicking like I run - Flexed foot instead of relaxed foot, I can see a difference now. Also, I focused on my breathing more, while going in the water and coming out the same side. I was coming out of the water facing front, if that makes sense. I can tell now that my head is under water more that it was, and surprisingly it doesn't make me uneasy, it's actually more comfortable.

So, I did 500 yards, in 15:45 (Yes-still slow; wed's time was 16:40), and this was the first time I really embraced my swim, feeling like I was smooth in the water, and finally felt confident in my breathing. I honestly have never felt that in the pool, and it was wonderful! I did another 100 yds, practicing coming out of the water every 4th stroke instead of 2. This is something I will get used to. But, I was thrilled to have been able to do it for 2 laps.

Yay! Nice run and nice swim! I usually can bilateral breath every third stroke for like the first two hundred yards, then its every 2 strokes for me!

That's entirely a smart move by hubby to get into the lake now. I wish I had done more of it. I still and will do more of it.

GREAT run and swim ;D !! Dang you all make me feel like a slacker over here LOL! I don't know about a triathlon though, a little too scary for me hehe You rock!

Mendy, thanks for the comment on my blog. I can tell from your posts that you will just as active as your kids grow and get involved in things. Since my Dad is a Gamecock alum, he would probably tell you that something is wrong with the water in Clemson. lol. Keep up the great work. Sounds like you and I are learning the swimming phase of this stuff at about the same time.

Good girl for the update. Just remember that you are the one who started all of this.

What kind of kick have you been doing?? No wonder you are doing better already. Way to go girl!! How was the run?

Seriously, the water was cold. No royal blue short-shorts for me!

Good job on the swimming, and I'm glad you are sticking with it. I was worried you would get frustrated and lay off, but this class is reinforcing your resolve well!